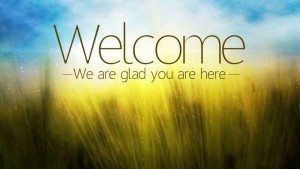 ‘Baba Oyibo’ is what our vicar calls me and really he’s not far from the truth. I lived in the UK for most of my life and after training for ministry at Ridley Hall, Cambridge University, the Holy Spirit directed me to the Church of Nigeria.

Not too long after arriving at my new parish church, I was appointed youth chaplain, a job title that belies much wider spiritual and pastoral responsibilities. To the youth, I was foreign, strange and unfamiliar yet at the same time I was one of them, a Nigerian. But I didn’t understand them and they found me unusual and peculiar. My way of interpreting the scriptures and the world was different. My way of preaching, praying and counselling was not what they were used to or able to comprehend. I wasn’t like the youth chaplains they’d had in the past. I was coming from a different theological and spiritual place and orientation. We were strangers to each other. The more time I spent with the youth, the more difficult I found it to reconcile the cultural polarities: the western education I received stood in conflict with the prevailing mind-set here.

I asked myself how can I successfully integrate my belief and practice of the Christian faith, which had been shaped by a European cultural, linguistic and epistemic environment, with the belief and practices I encountered at this Yoruba church. Here was a church that was proudly Yoruba, deeply traditional and with a very strong sense of its history and identity.

What emerged from my personal reflections was a different understanding of Jesus himself and the good news he preached. Jesus was a Jew but to the Jewish establishment, his own people, he was a stranger and an unconventional sort of Jew. As John’s Gospel tells us; “He came to his own, and his own people did not receive him.” He broke many of the Jewish laws. He mixed, mingled and socialised with sinners, prostitutes and con-men thus didn’t keep to the purity laws. Worst of all, he committed blasphemy by claiming he was God. Jesus was regarded as a revolutionary intent on disturbing the peace and the status quo. No wonder the people wanted to kill him.

But Jesus was doing something different. He was redefining what it means to be the chosen people of God. He was a stranger that welcomed other strangers in to the house of God by breaking down the barriers to entry by his love and hospitality. No longer were the people of God identified by their Jewish culture but by their faith in God through Christ. His message was a transforming message. People like Zacchaeus, a corrupt tax collector, were transformed from being a stranger into being a friend and was therefore invited to join the renewed family of God.

Jesus’s message is a radical message particularly in a society such as ours in which there is deep distrust and suspicion of each other. But we are all strangers to one another. We are a risk and a threat to each other. We don’t share information because the Other is a threat to one’s position or status.

But Jesus lived for others. He gave himself totally to others. He ‘emptied himself’ of any claims or thoughts of greatness or superiority over others. Christ shows us that when we all let our guard and defences down and empty our hearts of any pretences about our goodness, status and worthiness or what someone should be like and welcome and receive the stranger we not only receive Christ but we open ourselves to innumerable blessings and joy.

My experience here so far as chaplain has allowed me to know God more deeply through my encountered with the ‘strangers’ in the youth centre at my church. It has challenged me to allow myself to be more vulnerable and therefore receive love from the other and to love the other. It has taught me to depend more on God and allowed me unite my appreciation for the sacramental forms of worship with the charismatic evangelical tradition, expository sermons with exhortatory sermons and appreciation of testimonies with personal devotions.

As we draw nearer to Christ and allow him to come into all areas of our lives, he is then able to transform us. It is only when we are empty, have a ‘poverty of heart’ as Henri Nouwen calls it, that the space is created for others to be who they are created to be and for Christ to come in to our heart and our lives. Amen.