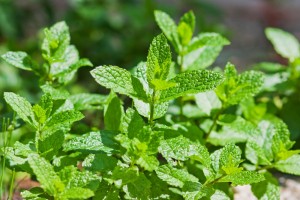 Mint may have once been a very popular confectionery in Nigeria, but it is MINT that I have been bombarded with recently in the news.

So, what or who is MINT? Incontrovertibly, Brazil, Russia, India and China (BRIC) have been the global economic powerhouse of the past decade. Going forward however, if renowned British economists and broadcasters are to be believed, Mexico, Indonesia, Nigeria and Turkey (MINT) are the new kids on the block.

I should have known that something was afoot when I woke up one Monday morning to the voice of Evan Davis engaged in a very lively debate with Chimamanda Ngozi Adichie, the famed novelist, and a coterie of Nigerian entrepreneurs in Lagos, about the future of Africa’s most populous nation.

That ‘Today’, BBC Radio 4’s flagship programme with a dedicated audience of six million and the staple daily diet for all the opinion-makers in the UK, should use its prime 08:10 slot to discuss Nigeria, is as good a compliment as any that the country can ever get on these shores.

The whole experience got me more than a tad curious about this MINT phenomenon. Soon enough, the tasty four-lettered acronym got a thorough going over on Women’s Hour (BBC Radio 4). Jenny Murray, you see, wanted to know what the role of women will be in the new Nigeria. And just as I thought BBC had gone as far as it could on the subject, on Mark Lawson’s  Front Row (BBC Radio 4), Nollywood, the second biggest movie industry in the world, was a subject of intense debate.

Over the past decade or so, the ubiquity of mobile phones and a few other consumer items have given the impression that Nigeria is a country out of economic doldrums. But in reality, a nation whose people like to imagine it the giant of Africa, economically-speaking, has been in intensive care since 1982; the dreaded year that the word ‘austerity’ became a part of Nigeria’s lexicon.

So, the thought of Nigeria becoming a bona fide African Tiger like the Asian and Celtic variety before it, is no doubt very welcomed news. But only up to a point.

Strangely enough, before I got side-tracked by MINT, Nigeria and its future has loomed large in my thinking for quite some time now. For no other reason than the fact that this year, 2014, marks the centenary of a nation cobbled together more in an act of administrative expedience than common sense by Lord Lugard; one given its name ‘Niger-Area’ – Nigeria, by his wife over a bottle of port.

Not surprisingly, Nigerians, once described in a survey on global trends as the happiest people on earth (a subject of profound mystery to me considering the plight of the average Nigerian) are about to do what they do best, party. Not meaning to be a party-pooper, I rather think our collective energy is best directed elsewhere.

For instance, before Nigeria was handed independence by the British in 1960, it was made clear to the leaders of the nascent nation that it was no more than an experience. And, that, after a trail of say 50 years, the experience is not working and the peoples of Nigeria prefer a different arrangement; they should take their destiny in their own hand. Well, Nigeria is yet to have that debate; one which the country so desperately needs.

To those who benefit from the dysfunctional state of Nigeria, of course this will sound like heresy. But my question to such die-in-the-wool supporters of the status quo is simple. If in a referendum  this year, Scotland, the country of Lord Frederick Lugard no less, after a consensual marriage of over 300 years (Acts of the Union 1707), is seeking a divorce from England, MINT or no MINT, can we the peoples of Nigeria do worse than truly ask ourselves in whose interest the country exists?

Personally, I don’t have a single bone of hatred for the Igbos, Hausas, certainly not the Yorubas, and the 200 odd other nations that constitute the present day Nigeria. But my deep affection for these great peoples does not translate to love for Nigeria, an idea that has long passed its sell by date.