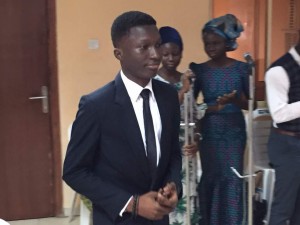 The Babatunde Edu Foundation announced the winners of its inaugural youth theological essay competition at the awards ceremony held in the Events Centre at Bishop Adelakun Howells Memorial (BAHM) church in Surulere, Lagos.

The essay competition was open to youths aged 17 to 25 from churches in the Diocese of Lagos Mainland, Church of Nigeria (Anglican Communion).

Entrants were asked to write one 1,500 word essay from a given list of five essay titles. Essays were to include theological reflection and demonstrate an appreciation and understanding of Anglican spirituality.

Thirty nine essays were received. The judges were very impressed with the quality of the essays received. The prizes were awarded as follows:

‘Social media is a hindrance to the formation of Christian discipleship amongst youths’ Discuss. By Ademola David Adebola