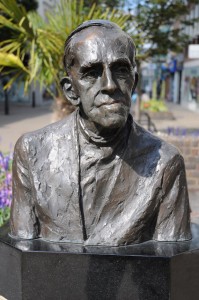 I have not stopped crying since I watched Nelson Mandela’s memorial service at Westminster Abbey on the TV on the 3rd March.

A very moving service for all the reasons you already know about. I mean one could write tomes on the life and times of Nelson Mandela. So what got me crying?

Was it the sight of the sons of Thatcher sat at the august occasion pretending to be friends of Mandela and the anti-apartheid movement all along? I mean, the hypocrisy of it all. It probably explains why when David Cameron was invited to read a passage from the Gospel of John (John 10:10-16) he almost fluffed his lines.

When the words ‘Shepherd’ and ‘Hireling’ rolled off the tongue of the British prime minister, thinking of the plight of the poor and the underprivileged, for a nano second I wondered which of the two characters he thought he was? I probably will never stop crying about the Tory politics and how its devastating credo always stratifies rather than brings society together. But that really was not why I was crying this morning.

Was I then crying at the sight of Peter Hain at the memorial service? JFK may have written about his Reckless Youth, but Peter Hain, a man who a generation later became Blair’s Minister for Africa, after being thrown out of South Africa as a 16 year old, constructively spent his youth organizing sport boycotts of the heinous apartheid regime in Pretoria. Plenty to move even a man whose heart is made of stone there, but I was steady as a rock.

The sight of Neil Kinnock, another decent Welshman at the service with his wife Glenys, although moving, did not make me cry either. That said, the tears I shed for him and the Labour Party after losing the 1992 election is probably already the stuff of the The Guinness Book of Records.

Archbishop Desmond Tutu’s sermon is what, in a biblical parlance, ‘cut me at the heart’ especially his wonderful eulogy of a fine Englishman called Trevor Huddleston. In the heydays of the anti-apartheid struggle in the 80s, I was an undergraduate at university in Nigeria. Even at that, the shock waves of the Free Nelson Mandela campaign reached me on my campus at Ibadan. Thanks to Tutu, I now know that Trevor Huddleston, a Church of England Bishop, was at the centre of it all.

One thing I am however absolutely sure of listening to Tutu’s no hold bar address of the British establishment today, is that, as far as stars come, they don’t come any better than Archbishop Trevor Huddleston who sadly died in 1998. Underneath a plaque erected in front of the South African High Commission in London as a memorial to Huddleston, a quote ascribed to no other than Nelson Mandela tells you all you need to know about this incredible man: ‘No white person has done more for South Africa than Trevor Huddleston.’ What a man!  What an epitaph!! That was what moved me to tears.

And when you consider the oppressive climate under which Huddleston laboured to fulfil his life’s mission – the prime minister at the time, Margaret Thatcher, infamously called Mandela a terrorist while the young Conservatives, many of whom are now in the British cabinet today (shedding crocodile tears at the memorial service of course) were at the time proudly sporting ‘Hang Nelson Mandela’ on the lapel of their privileged tweed jackets – you can well appreciate why my tears of appreciation for such an unusual soul were non ending.

So, it is with gusto that I shout this fateful day: RIP Trevor Huddleston.