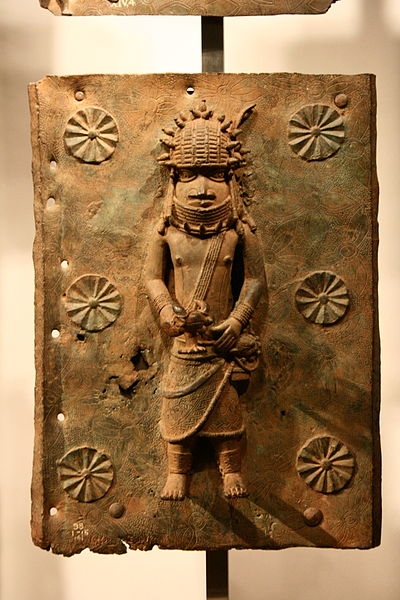 We must never forget who we are, where we come from and what we stand for. For example, you cannot speak of Great Britain without a full recognition of the role, history and impact of the nationalities that make up that country and that are known as the English, the Irish, the Welsh and the Scots. Without those four basic ethnic foundations and the extraordinary role that each and everyone of them has played in the history and evolution of their country, Great Britain is nothing and nothing good could have ever come out of her. We cannot despise our roots and set them aside and expect to flourish. We cannot deny our family and claim to be a responsible member of the wider society.

A tree without a root and foundation cannot grow and is more often than not stunted. It can never be that which it was meant to be unless its roots and foundation are not only cherished and nurtured but are also, above all else, loved and valued. A man’s family, lineage and name make him what he is in the wider society and guide him in all that he does. The minute he turns his back on his family and forgets where he is coming from he is little more than an illegitimate child. And no matter how successful he is in life, he shall remain an illegitimate child until the day he dies. It is the same for those that treat their root or their primary nationality with contempt and that are prepared to sacrifice it at the drop of a hat. Such people deserve to be pitied. Like the biblical Reuben they are ”as unstable as water” and they carry a father’s curse. They are not only confused but they are a danger to themselves, their friends, their community, their nationality and to the wider nation.

Why? Because they do not have the courage to be loyal. Nigeria is blessed with many proud, strong, distinct, noble, enlightened and sophisticated nationalities that make up the whole: the Fulani, Hausa, the Igbo, the Kilba, the Kalabari, the Ikwere, the Gula, the Gwari, the Margui and so on. And contrary to the views of many, the Yoruba, like all the other wonderful nationalities that reside in the Nigerian space, are not a mere tribe.

One of the most unfortunate consequences of a poor education is that the person accepts, without thinking, everything that their slave and colonial masters and ethnic overlords tell them.

The Yoruba people are a nation of highly advanced people who have existed for thousands of years as a distinct race, who have had their own empires, who are the most educationally and culturally advanced on the African continent, who have a rich and illustrious history and heritage which few in Africa can match, whose people have spread all over the world and have strong historical, cultural, religious and ethnic roots in Benin Republic, Ghana, Togo, Haiti, Brazil, Cuba and many other places and whose historical, philosophical, religious and cultural contributions to Ancient Egypt are well documented. When a supposedly educated person insists on labelling the Yoruba people a mere “tribe” then you know that that person is truly lost.

You may call others a tribe if you so choose but not the Yoruba. Our history dates back as far as that of the Celts, the Normans, the Vikings, the Romans, the Greeks, the Egyptians, the Persians, the Arabs, the Medes and the Anglo-Saxons. Our forefathers are amongst those that went to the best institutions of higher learning and citadels of excellence in the world like Oxford, Cambridge, Edinburgh and Durham Universities as far back as the early 1800’s. They became the first lawyers, doctors, scientists, intellectuals, poets, writers, journalists, philosophers, priests and free thinkers on the African continent. Little wonder that our former colonial masters resolved in their hearts that we must never be allowed to take power at the centre because they saw us as their equals as opposed to being their serfs.

Our children ask us, ”was it always like this” and who ”were” the Yoruba? They no longer ask who ”ARE” the Yoruba but who ”WERE” the Yoruba? Sadly that is our plight today- a people whose children regard them as ”once were” and no longer ”are”. Like the biblical Gideon, we ask today, ”Oh Lord, if the Lord be with us why then is all this befallen us? And where be all His miracles which our father’s told us of, saying ‘did not the Lord bring us up from Egypt?’ But now the Lord has forsaken us and delivered us into the hands of the Midianites”. Yet I say ”no” because God is alive and with Him there is always hope. His word says ”His anger is for a moment but His joy is for life”. It says ”Weeping may endure in the night but joy comes in the morning”. It says ”nothing can separate us from the love of the Lord” and that ”in all these things we are more than conquerors”.

We are still who and what we once were and it shall always be so no matter what Nigeria and the world does to us. As long as the breath of life remains in us we shall never forget who we are and what our purpose is on earth. We are a nation, not a tribe.