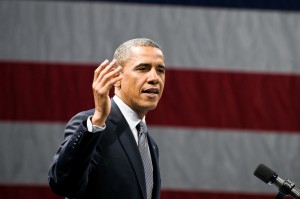 Despite the debacle surrounding the launch of healthcare.gov on October 1st where millions of Americans could not sign up for insurance due the failure of the site being poorly built to scale, the American Care Act of 2010 most commonly known as Obamacare still appears on track to be in full effect by January 1st. Repeated efforts by the Republican Party and especially the right wing Tea Party have failed to thwart the promise President Obama made during his 2008 campaign to provide health insurance for over 30 million Americans who are uninsured or under insured. That’s a promise many minorities can be thankful for.

Many poor African Americans who live in the 25 states and the District of Columbia, will most likely receive expanded Medicaid coverage. Medicaid is as close to a publicly funded health care insurance as the British National Health Service. The only difference is that Medicaid was designed especially for low-income people, families and children, pregnant women, the elderly, and people with disabilities. Those African Americans who currently have insurance through their employer can most likely keep their current private plan. Those who don’t have insurance can go through their state’s health information exchange. However for many African Americans who live predominantly in in states like Texas, Alabama and Mississippi, their elected officials have played politics by not participating in an expansion of the Medicaid program. These African Americans will most like still be among those 30 million uninsured after Obamacare is takes effect in 2014.

For residents of Hawaii such as myself, Obamacare simply builds on a health care system that already provides coverage to more than 90% of its population of almost 1.4 million. In the only state where practically everyone is a minority, near universal coverage has been the modus operandi here in Hawaii since 1974 through the passage of the Prepaid Healthcare Act. The long-standing history of covering residents in Hawaii goes way back to a time in the early to mid 20th century where many immigrants who first came to Hawaii from Japan, the Philippines, China and Portugal worked in Hawaii’s pineapple and sugar industries. These workers were initially exploited by the plantation industrialists like Dole and Del Monte. But as the workers united along a common cause and put their racial identities aside, affordable health care coverage became a reality years before any other state adopted such a coverage. Today that law still stands in the Aloha State, where employers must cover workers that punch in at least 19 hours per week. It’s proven very successful and contributes to Hawaii’s highest life expectancy.

A promise to a healthier life is what minorities can look forward to with having access to affordable health care. However, what stands in the way is the political shenanigans of the Republican Party and a reluctance to compromise. Minorities realize that and won’t thank the Republicans in November 2014 on Election Day.