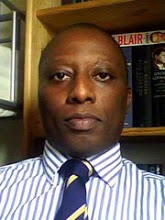 by Francis Tyers under CC-BY 2.0 license

As Britain remembers the highest number of its citizens to be slain by terrorists on its home soil in a day, Tony Ojolola talks on the wider implication of the act; and reaction thereof, of true believers.

On Sunday morning just before leaving for church, I switched on the TV to listen to the run down of the items on The Andrew Marr Show, a flagship BBC current affairs programme. In the quarter of an hour or so that I watched the programme, I saw a trailer of ‘A Song for Jenny’, a new film released to commemorate the 10th anniversary of the 7/7 bombings in London. One to watch, I resolved especially since the essence of the film is the story of a woman who was a Church of England vicar until she lost her daughter at Edgware Road station on that fateful day. Subsequently, the trailer claimed, the woman lost not only her faith and calling, but her hitherto unshakeable marriage too. ‘Where was God?’, BBC harrumphed maintaining its prime position as the arch apostle of atheism in a country that increasingly turns its nose at God.

Marr was right about one thing though. As a parent myself, the film, although well made, was most harrowing to watch. Not a horror film but in parts it made the Hammer House of Horror, or even the Omen series look tame. You will have to have a heart of stone not to feel for the woman in a plight none of us would wish on even our worst enemy. That said, the major lesson I am drawing from the whole experience is this, if a vicar abandons God at the first sign of trouble in their life, God help us all.

Although I have had a few mishaps, admittedly, they are nothing compared with the heinous killing of a loved one in the prime of their life. But while no expert on the subject of grief, Job almost certainly was. A man who had more than his fair share of grief than any other in the history of humanity did not throw his collar, sorry his God away, in the throes of his own pain. Indeed, after losing all his ten children, wealth (not a small measure of it) and his status too- and all in one day! – this stalwart of our faith declared: ‘I know my Redeemer lives.’ It remains a rare testament of genuine faith, as against only having a fuzzy feeling about God until the rubber hits the road as in the case of Jenny’s mother.

About half of humanity today claim to be a Christians of sort. The $64,000 question however is when calamity strikes, how many of such Christians will follow the example of Job? Clearly Jenny’s mother didn’t. Nor could she, in her own words, ‘ever forgive Mohammad Sidique Khan, the killer of my daughter’. None of this is easy, but the call to ‘follow me’ by Christ, is one that is full of twists and turns on the road.

In London, today, the public will be wrapped up in a minute’s silence in honour of the many innocent people mercilessly slain on July 7, 2005. Brethren, we too must all remember the dead, and the living maimed too. But most of all, for all true believers, today, we must find a moment to answer one pertinent question: When the chips are down, who comes first in our lives? ‘For me to live is Christ, to die is gain’ Apostle Paul said. The brother sure had a good idea of the core requirement of what it means to be a Christian. The question is: do you?