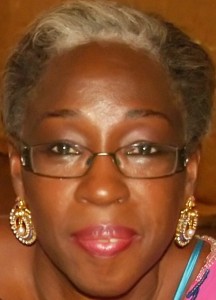 Literary reviewer and founder of Sponsor A Child Nigeria, Olatoun Williams, speaks exclusively to the Pilgrim Times about her work and her faith.

What inspired you to start Borders Book Reviews?

I was always going to have a Facebook page that was a corollary or an addition to the Borders TV show which is the grand plan: to go on TV and interview authors. My mother, bless her, suggested I should start introducing myself to the world as a literary personality by going on Facebook. The most obvious thing to do was review books. I love reviewing books. I love reading books, responding, interpreting. It was the best thing I’ve done in a long time. I’m so happy. It is such an inspiration of my mother. Many of the people like authors that I might want to interview, agents I may want to hook up with and publishers for the TV show can come on the Facebook page and familiarise themselves with me as a literary personality. It is a primer for the TV show. I may at some time open a new Facebook page as an addendum to the TV show. Basically that’s how I started.

How did Sponsor A Child come about?

Sponsor a child started in 2003. I wanted to be useful to my community. I belong to ‘Christian circle’, a society at my old church. The society celebrated their anniversary by going to Motherless Babies Home. I went with them, looked around and I said maybe there is something for me her. A couple of days later I came back, started making friends with the children, the staff and I started helping in small ways. My son was the same age as them so I started making photocopies of my son’s colouring and activities books to keep the kids active. They were bored out of their heads each time I visited them. And then I saw about 3 older kids (about 5 years old) loafing around. I asked the supervisor why they were they not at school. I was told it was because they didn’t have sponsors. Within a week of writing letters to wealthy individuals I knew, I got 3 sponsors for 3 children. That’s why it’s called Sponsor A Child. My first child was sponsored on 31st October 2003. We started sponsoring kids in other parts of Nigeria. We network with up to 70 orphanages across the country. We develop libraries, playgrounds; we train care-givers. We have also developed education materials.

How does you faith influence your life and work?

Everything I do is faith based. Sponsor A Child began at church. My priest at the time who is now Vicar at Our Saviour’s Church, TBS prayed for me. He became the first Chairman of the Board of Trustees. So everything I do is faith based. Everything I’ve done is in the Lord. An old friend, who I hadn’t seen for years, turned up and came to a book review I was delivering at a reading group – Africa Book Group. After the review she asked me if I’d ever thought about having my on show on television – an ongoing platform for author interviews, rather than opportunistic interviews. There was something about our meeting again after so many years and she suggesting I explore television, that made me ask, “Lord is this from you?” I asked God for confirmation that it was from him and the response I got from people and TV companies was manifest confirmation that God was speaking. I use Borders Book Reviews as an opportunity to communicate my world view which is Christian.

Why and when did you become a Christian?

I was born to a Muslim father and a Christian mother but I went to church at boarding school. We also studied Religious Education at school. I stated getting more interested in pursuing the faith in my last couple of years in university. Nigeria was my turning point though. The more time I spent in Nigeria, the more difficult I found it to reconcile the cultural polarities: the western education I received stood in conflict with the prevailing mind-set here. It was very difficult. I needed life in Christ because I didn’t have life here in a way that nourished me. I needed to inhabit a place I could breathe. I could breathe in Him. He is my culture, my habitat. In Him, I found everything that made my life worth living.

What would you say is the most interesting or significant spiritual book you gave read?

‘Mere Christianity’ by C. S Lewis. It really helped me as did Rick Joyner’s book ‘The Journey Begins’. TD Jakes’s ‘Maximise the Moment’ and ‘Naked and not Ashamed’ both really impacted me.

Who in the Bible is your favourite character and why?

Nehemiah and St Paul and Esther. Esther’s incredible life and death choice. It’s an incredible story. Her power was in her loveliness and beauty and I found that very attractive. She is just so courageous. Paul: I love Corinthians and everything he teaches us about love. He taught me about grace, love and about the body of Christ. Paul has helped to form me intellectually.

What message of hope would you like to share with the youth you mentor and general readers of the Pilgrim Times?

You are created in the image of God and it’s awesome and it means you have all the power of God in you. It’s awesome. Each one of us has a purpose but you can only find that in relationship with God. Love. Love is truly the greatest: it is the healing force, the intelligence force, the binding force and the joyful force. The force that makes life worth living.

Sponsor A Child at www.sponsorachildnigeria.org