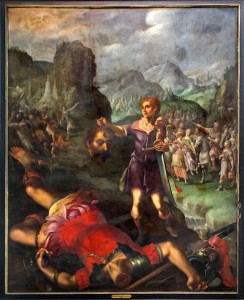 In the days leading to the 50th year anniversary of John F Kennedy’s assassination many US media networks aired many documentaries exploring what Kennedy meant to the US then and now. It is said that 95% of Americans who were old enough vividly remember exactly where they were when Kennedy was shot on 22 November 1963.

In the scriptures, a similar memory of a searing event is recorded for us. Not many pilgrims, (even this writer) could tell you from memory what the first five chapters of Isaiah are about yet many will easily recite from memory the first verse of the sixth chapter of the book of Isaiah:

“In the year King Uzziah died, I saw the Lord high and lifted up, seated on the throne and His glory filled the temple.”

Like Kennedy’s assassination, the prophet Isaiah would tell us where he was when he saw the visions of heaven with similar vividness. Indeed by the time of his death, Kennedy was a cultural phenomenon to an optimistic America. His assassination not only seared the psyche of America it also inspired the nation to put a man on the moon on 20th July 1969, eight years one month after Kennedy’s May 1961 address to Congress and six years after his assassination.

And if Kennedy inspired a generation to such feats, it could be said that he inspired his generation and he fell asleep. When speaking of David, Paul observed: “Now when David had served God’s purpose in his own generation, he fell asleep.” (Acts 13:36) What an insightful phrase this is, “David served God’s purpose in his own generation”. Kennedy’s life, from youth to leadership, bears similarities with David’s as we shall see.

Kennedy’s father Joseph Kennedy had grand plans for his eldest son to aspire for America’s highest office but when Joe Jr. died in battle that focus turned on John. Similarly when Samuel went to Jesse’s house to anoint a king, so mesmerized was he by Jesse’s first born he thought, “Surely the Lord anointed stands here before the Lord (I Sam 16:6)”. But the Lord had his focus on David.

And while Joe Kennedy instigated his son on the path to the presidency, David ascendancy to kingship was divinely instigated. Both JFK and David faced their giants. David of course faced Goliath and overcame him. JFK’s Goliath confrontation was during the Cuban missile crisis where World War III was averted because he made a bold stance demanding that Russia withdraw its nuclear missiles from Cuba. And before high office both JFK and David served in the military and both were war heroes, with the maidens singing David has slain his tens of thousands (I Samuel 18:7).

On three separate occasions in 1947, 1951, 1954, when JFK was determined to be at the point of death and, received the last rites sacrament according to the Roman Catholic tradition. David was many times faced with death and Psalm 23, speaks of him not being afraid of walking through the valley of the shadow of death for Lord was with him. The similarity between the two does not end there. Both JFK and David had well documented extra marital affairs while in high office. David’s repentance is also well documented in the Psalter. Both lost a son within days of birth while still in office.

Both David and JFK inspired future leaders of their nations! At the age of 16 Bill Clinton visited JFK at the White House. Two years before that JFK funded the airlift of Kenyans to the US to have them trained for service in Kenya. One of the passengers on that plane was Barack Obama Sr, the father of President Barack Obama! There are three kings of Judah of whom it is said that they followed in the ways of their father David in their devotion to the Lord. These three were Asa, Jehosophat and Josiah, the boy king!

And at the end of their lives one inspired a generation and the other served God’s purpose in his generation and beyond. For David, the shepherd king still connects us to God in hope, perseverance, triumph and praise generation after generation and that is a legacy worth commemorating. And as pilgrims, turn a page in the Psalms and let a David quote move us to praise, to hope, and to persevere.

In Acts 13:13-50, Paul connects us to the Son of David, whose very public death on a Friday afternoon the week before Passover 2000 years ago we remember so well. We remember what impact it had on us when we first understood what His death meant. It is said that those who heard Paul preach:

Like those at Antioch and like the prophet Isaiah we too are glad to know that by His death and resurrection we too are appointed for eternal life. Isaac Watts’ word’s refreshes our memories when he declares that it was:

At the cross, at the cross where I first saw the light,

And the burden of my heart rolled away,

It was there by faith I received my sight,

And now I am happy all the day!

And so as the world looks back 50 years to the death of a president, we pilgrims are asked to remember also what happened at Calvary 2000 years ago. This act of remembrance keeps our recollection both current and continuous. It is a reminder that the Messiah died and rose again so that all who believe in Him are appointed for eternal life.