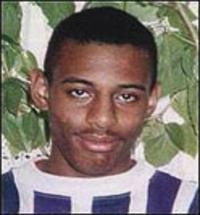 Harrow Black History Month Group continued its African History Season themed ‘African British Civil Rights since the 1960s’ with a presentation by Lee Jasper, the former Senior Policy Advisor on Equalities to the former Mayor of London Ken Livingstone, on the subject “Does the Conviction of Stephen Lawrence’s Murderers Signal A Turning Point in African British Civil Rights?”

In the presence of the Mayor of Harrow, Cllr Nana Asante and a few local community and business leaders, Mr Jasper gave an engaging talk drawing on his years of political activism. He questioned why of the five accused of Stephen Lawrence’s murder only two were convicted. He told those who attended that the Macpherson Report (1999) which found that the Metropolitan Police was institutionally racist, had worked well for a time but criticism of the report began in 2000 when the Conservative party, led by William Hague, claimed that the Report had led to a steep rise in street crimes. Then in 2005 the then Home Secretary Charles Clarke decided to scrap the Stephen Lawrence Steering Group because according to Mr Clark it had run its course.

Mr Jasper said that relations between the Black community and the Police are currently at an all time low. He directed the audience to the Ministry of Justice’s report, ‘Statistics on Race and the Criminal Justice System 2010’ and the website of the charity Release which provide statistical evidence of discrimination against black people by the Police force. The Key findings of the Ministry of Justice’s Reports are:

Mr Jasper then linked the social problems facing ethnic minorities in the UK to the culture of racism and prejudice in our society. Mr Jasper also made mention of the current Mark Duggan case.

During his presentation, the audience made noises of agreement and affirmation as many of them had had negative personal experiences with the police and the justice system

Lee Jasper concluded the presentation with this answer: “Yes, there has been a turning point in African British Civil Rights – a turning point for the worse, a regression.”

After his presentation the floor was open for questions and answers.

So, we ask you the following question: