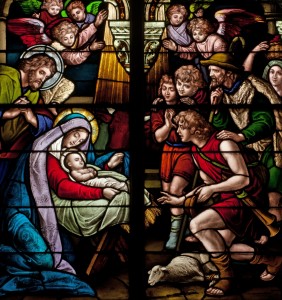 In many Christmas plays we are reminded of the wise men from the East who brought gold, frankincense and myrrh to baby Jesus. And repeatedly we have heard that these three gifts are also symbolic of Christ’s kingship (gold), priesthood (frankincense) and sacrifice (myrrh). Have you ever considered that these gifts, while appreciating their symbolism, were actually very practical gifts?

Immediately after the wise men had presented their gifts, Joseph, Mary and Jesus fled from the murderous Herod towards Egypt. When you consider that the Egyptians were elaborate and lavish in their burial ceremonies – not to mention their religious rituals- then symbolism of the three gifts gives way to pragmatism. As refugees with no income in a foreign land, Joseph would have sold these three gifts over the course of their stay in Egypt to support his family. In Egypt, both frankincense and myrrh were valued higher than their weight in gold and also well sought after by the Egyptian elite society. Frankincense was used by priests as incense in religious ceremonies. Myrrh, used in burial ceremonies, was said to be worth four times its weight in gold. We know that Jacob was embalmed over a period of 40 days and myrrh was probably used during this process. Taking all these into consideration it seems that God knows how to take care of His own!

The Nativity scene as we know it has the wise men and shepherds by the manger. Luke records that only the shepherds saw the new born Jesus in the manger. The wise men however, according to Matthew, came looking for Jesus after he was born and went to look for him in Herod’s palace. Suffice it to say that they were late for that first Christmas!

May be there is a lesson for us from the wise men from the East. We may be similar to them in the sense almost all the gifts we will receive of gift will have been produced in the East! More importantly however is that we perhaps give a little thought on what we will gift others. You never know, a belated Christmas gift, just like the belated gifts from the wise men, may be the most practical gift you could give or receive this Christmas.

Think about it. It is the gift of gold, myrrh and frankincense that fed and clothed Joseph, Mary and Jesus while they were refugees and immigrants in Egypt.

Have a blessed Christmas and if possible may you give or receive a belated Christmas present! (Do tell if you do!)