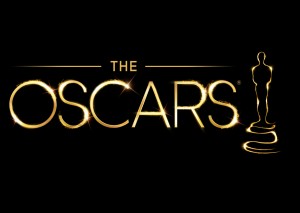 Let me start by saying, I haven’t seen any of the films that have been nominated except for Gone Girl, and Rosamund Pike’s performance was killer (no pun intended, at all).

So a lot of people are kind of ticked off that this year’s Oscar nominations lack variety in the ethnicity department, by way of people of color, more specifically, black people. David Oyelowo was snubbed for his lead performance as Dr. Martin Luther King in Selma, as well as many others in the film, which I cannot expound upon because I haven’t seen it yet. But should we, people of color, specifically black people, be upset that 99% of the films nominated this year consisted of a predominately all white casts?

Other than Selma, what were some of the other serious dramatic films featuring black casts with breakout performances?  Well let’s see, there was Frankie and Alice that starred Halle Berry and Phylicia Rashad. I have no idea as to whether or not it was a good, solid film being that, as I stated earlier, I haven’t seen much of anything in 2014 except for a few children’s films that I took my 5 year old to see, and according to IMDB.com, Frankie and Alice was rated at a 6.4, which is considered mediocre, but unfortunately the film went completely under the radar.

There was the interesting looking period piece Belle that starred Gugu Mbatha. I love a good period piece but even though Belle got a few nice reviews, the film quietly drifted away.  Then there was the highly anticipated film of the year, Chad Boseman’s Get On Up, and maybe Chad could’ve gotten a Best Actor nomination for his portrayal of James Brown, but the film as a whole was somewhat of a let down(I still think Spike Lee should’ve directed; would’ve been a much different movie and probably much better).  And then I’d like to add Taraji P. Henson and Idris Elba to all of this only because they are amazing at what they do in their craft but their film No Good Deed lacked any sort of buzz.  And I’m really not interested in seeing Idris play a psychopath, and apparently no one else was either.  Subsequently, out of those lackluster dramatic films, the rest were comedies like, Black Coffee, Ride Along, About Last Night, Repentance, The Single Mom’s Club, A Haunted House 2, Think Like A Man Too, Addicted (a romantic thriller), The Equalizer, and Annie.

So what does this tell us?  It says, in my opinion, that we really shouldn’t have an issue with the Academy Awards’ lack of diversity in their nominations because there’s a lack of quality, dramatic films that star an all Black cast.  And the youth of today aren’t rushing out to see a film like Selma, but will go out in droves to see Kevin Hart’s latest film.  And maybe a few white people will go and check out Selma, but I think Oprah should’ve gotten a deal with HBO or PBS and put her movie on TV, that way she would’ve gotten a much wider range of a larger audience, especially with white people who would’ve been able to watch the epic march from Selma to Montgomery, Alabama in the privacy of their own home.  But what do I know?

So maybe we really shouldn’t be in such an uproar with the Oscars for their lack of diversity since there really wasn’t much to choose from, but they really should’ve nominated David Oyelowo and Chad Boseman anyway just for appearances. And who knows?  Maybe one of them would’ve snagged the Best Male Actor in a Lead Performance in an upset over Bradley Cooper, who I think is going to win for his role in American Sniper.