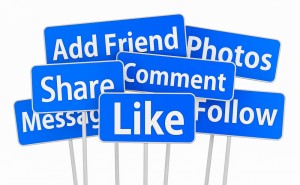 Much as I’d like it to be otherwise, when it comes to social media I am what you would call a caveman.

On Facebook for years, I rarely use the darn thing. But yesterday, I had an unusual surge of inspiration. So, I made a concerted effort to drag myself into the 21st Century.

Mucking around on Mark Zuckerberg’s mind blowing invention, I realised I had immediate access to so many people from my past that I haven’t heard from in yonks.

Begging bowl in hand, I subsequently asked about a gross people to befriend me. The response I had at best was a mixed bag. A handful acquiesced to my demand of friendship immediately. Which was nice for my ego. A trickle was soon to follow. A fair number simply pretended they hadn’t heard from me and altogether ignored my desperate plea for companionship. That was more than a tad painful.

But what I found most injurious, were a gaggle of people I thought were friends offering me the ‘privilege’ to follow them, instead of a fully blown friendship status. Basically, they want to tell me everything they are up to, but do not care a jot about me or for that matter whatever it is that I was up to.

What arrogance, I erupted. Hurt and on the verge of invoking diverse plagues on the houses of those who had slighted me, the Holy Spirit intervened. ‘Steady on, Apostle!’ Beginning to feel mocked, the Helper assured me He was not in the mocking game. Indeed, as it transpired the Holy Spirit had a very serious message to impart. ‘The problem is not following. The ultimate question is whom are you following?’ To Peter, and the other 11 disciples, Christ said: ‘FOLLOW ME.’ Now, that sure is a Friend worth following!

Friends, it is FACEGOD time and not Facebook. Friendship with God is the quickest way of filling the void in our lives that often force us to seek friends where they don’t exist. God’s only offer of friendship though stems from a meaningful relationship with His Son.