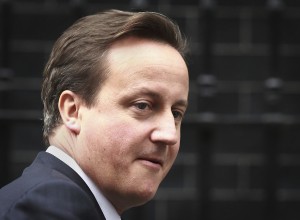 Watching Major and Cameron take lumps out of each other over the subject of social mobility reminds me of a conversation I once had with Sir Richard Wilson, the erstwhile head of the UK civil service. Introducing myself to him at a London Graduate Fair where I was representing GCHQ, my employer at the time, the UK’s top Mandarin exclaimed: “Tony was right all along.” Befuddled, I asked him to explain. It transpired that at a meeting on the subject of meritocracy with Whitehall heads in the early days of Blair’s premiership, the three heads of the security services (MI5, MI6 & GCHQ) came, in Wilson’s words, ‘with special pleadings.’ Essentially, the spy chiefs put up an argument that their fiefdoms couldn’t be opened to all and sundry on account of national security. Blair was having none of it. “No sacred cows”, the Labour PM allegedly yelled back at them.

Wilson saw in me the reward of Blair’s exemplary leadership. It was the kind of leadership Major never showed over Stephen Lawrence. It took Blair to sort out that mess too. And Cameron now coming up with this claptrap that black people’s lack of aspiration is what is holding them back simply beggars belief.

Thanks to Iraq, I know it is not fashionable to credit Blair for anything for his decade at the helm at No 10. But in spite of his  public school upbringing (Fettes College) and Oxford education, Blair understood far more about ethnic minorities and their lofty aspirations than John ‘I am from Brixton’ Major. And certainly a darn sight more than Cameron!